Sorry! the open beta period finished on the 22nd of Feburary.  Be sure to keep an eye out for the next one! join the discord to be the first to know:

Please consider checking out the full game/wishlisting on steam!

Stay up to date:

Such a simple yet effective and quite fun concept for a game where you can just take in and admire these gorgeous visuals this game has to offer. This was definitely my favourite one of these betas so far, and I too fully intend to play through this multiple times when it comes out. Thanks for the wonderful experience and will definitely be playing the next one. :)

It's such a beautiful art. If I've played games with my hands and eyes so far, it feels like I'm using all six senses. I will wait for the day when this artwork is completed. Thank you always.

probably the most beautiful game ever 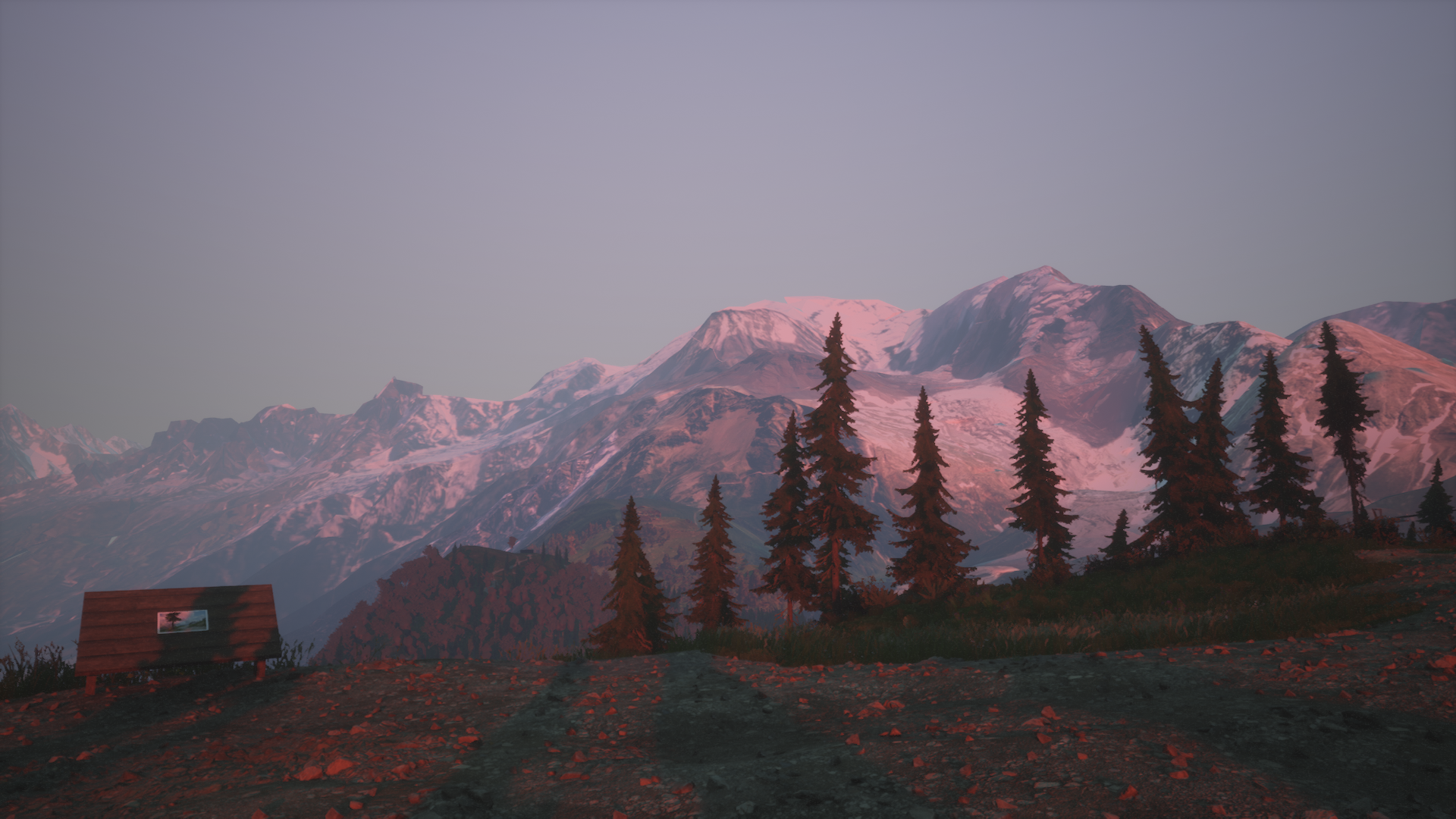 After religiously playing the beta every night before bed I have a couple major things I’d like to say.

No story: Critical, because it allows the player to feel like they are really spending time in these places in the world, and not having to be in someone else’s skin to do it.

Real places: Or at the very least, very close to real, you are giving people who will never have the chance to see these great locations a chance to not only see them, but to feel like they have experienced them, and an open ticket to go and visit whenever they want. I feel like saint-Gervai-les-Bains, is an actual meaningful place in my life now, and I can all but guarantee you that I’ll be coming back to visit it years from now with a great sense a warm nostalgia, and a place that I’ll be excited to show friends and family.

I know dozens of people who buy and play hunting games just so they can wander around the mountain trials and we all hate having to support the hunting genre to do that, and it’s not something you can easily share with others because of the hunting game requirements.

I’m on the poor side of life and am usually hard to get to pay for much game wise, BUT this game or rather experience is incredible. When it comes out, I will buy it at full price, and I truly believe you would be doing the world an amazing service if you released many $10/place or $15 with seasons DLCs for years to come of more places. At the speed and quality that you make places you could turn this game into a master piece of artistic worldly experience that would resonant deeply with countless people in both the modern and future times, like other great works of art in history.

So just for example even as a very frugal game spender I’d be very willing to pay $10 for a DLC that was say one of the Birch Forests in the fall found in Colorado or New Hampshire or $15 if it was that location with the option to see it both in the fall and spring which are the two most amazing times to get to Birch Forests.

I love these experiences so much; it is hard for me to imagine that I wouldn’t buy every single DLC you ever make if you go that route.

1# Make full screen less aggressive, when you try to alt-tab out or accidentally hit the Win key the game fights to the death to stay in full screen. At least on my system. [Win 11 64-bit, 1080 ti, Dell 2k screen]

3.a# Add a real time lighting system, that like Animal Crossing would  sync the lighting up to your real-world time. Millions of people are willing to wake up early to catch a morning bug in animal crossing I’m sure plenty would be fine with waking up early one day to catch a morning photo to 100% a game too.

3.a.note# It could be unlocked by completing the normal version of the game. So you do the current Night/Day/Morning phots, then you unlock real-time mode as the reward.

3.b# In real-time mode to keep people truly hooked it would be good to make a few time sensitive photos in order to get the all-important 100% steam badge, no reward other than a steam achievement or the in-game none-steam equivalence. Again, people love being forced to go an extra mile for the 100% It’s one of the reasons why people are so willing to play games like Animal Crossing for months and years even if they don’t like decorating the island.

4# Some basic wildlife, just so the world feels a tad bit livelier. I think even just a handful of birds that do bird things would be enough for virtually any location, maybe toss in some butter flies in medowy areas that are in spring and summer seasons.  Maybe as an ester egg have a wondering house cat, the cat people would probably love that. XD

If you managed to read all of that, thanks again for these experiences no matter what you wind up making and where it all winds up taking you, know you’ve already made meaningful impacts in people’s lives with them.

I've loved every single your project and this one is as awesome as the others!!

Thanks! These are amazing.  It really captures the wonder of seeing these places.  I can't wait for the full release with VR!

If you want a sneak preview of vr, you can run the exe with "-vr" arguement.  (create a shortcut, and add -vr to the end of the Target line)

The menus don't work properly, but you can walk around using an xbox controller.

Awesome tip! I'll definitely give that a whirl.  Thanks so much!

Awesome! Every time I'm seeing a new project by caves rd, my heart and mind are so happy!

You never stop surprising me! I'm looking forward to the final release on Steam. It's a must to me. Keep it up, mate! :D 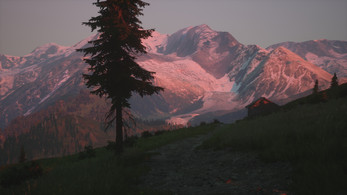 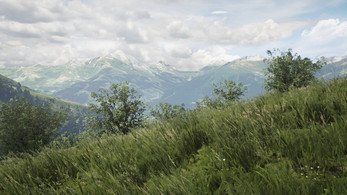 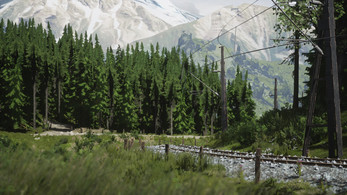 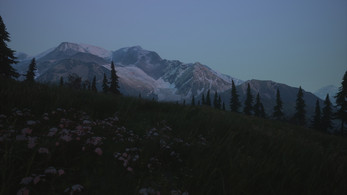 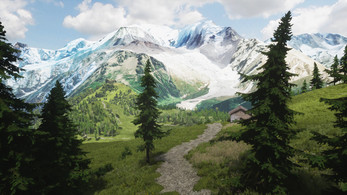 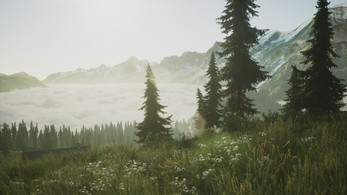 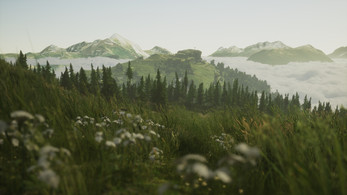 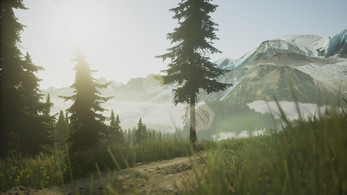 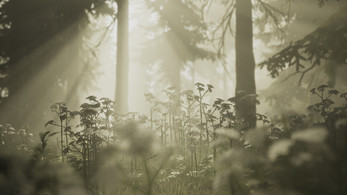 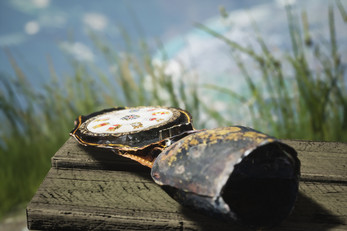